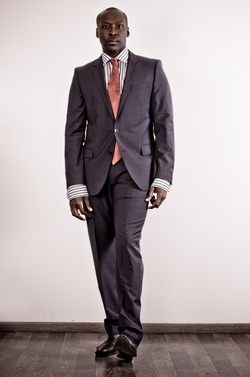 BIOGRAPHY
If someone had told me at the age of sixteen that I would grow up to be  an actor, poet, musician, playwright and activist. I would have looked at them like they were crazy, while secretly praying that particular prophecy would come true. My life journey has allowed me to travel the world and to live a life full of possibility that I would have never imagined for myself. Currently I make my home in Johannesburg, South Africa, which sometimes feels like a world away from the community of Carver Ranches in Hollywood, Florida (USA) where I grew up. In between Florida and Johannesburg, I've lived and spent time in Louisiana, New York, London, Los Angeles and Auckland. Since relocating to Johannesburg in 2003, I've been a pretty familiar face on South African television including a memorable role on South Africa’s favorite prime time soapie, “Generations.”  Prior to immigrating to South Africa I was fortunate enough to be a part of some wonderful projects in the USA like “The Sum of All Fears”, “American History X”, and “Hotel Rwanda”. I've done other stuff, but we've got time to explore all of that!

While acting is my first love, I've been fortunate enough to express my creativity through other forms. It often comes as a surprise when people find out that I do all that I do!

• I’m the creator of “We Are Here”, a social activism campaign that in South Africa utilizes discoursive play to engage men and boys in themes of gender violence, identity, relationships and HIV/AIDS. I’m the co-creator of The “WHY” Factor, which is a series of workshops that uses applied theatre techniques to help men and boys develop life and decision making skills.
• I’m the author of three plays: “Celebration”, “Beautiful Struggle” and “We Are Here”.
• I’m also a studio recording artist! I released my first solo project “Human Jewels” in 2007 and in March 2011 my second CD, “We Dance We Pray” hit physical and digital shelves.

I also took the time to go back to school where I earned an MA in Applied Theatre at the City University of New York. It was such a difficult decision to finally go back, but it was worth the two year break I took from my career!